Humanity’s greatest mistake. Once destined to be a second Earth, when terraforming collapsed so did humanity’s hopes of colonizing a new world. When xeno-biologists discovered the cause of the failure – exotic matter – new interest was ignited. Valuable beyond reckoning, these ‘exotics’ unlocked advanced new technologies and sparked an interstellar gold rush.

The First Cohort were the first to arrive on Icarus. Part-adventurer, part prospector, they came alone and in groups, seeking their fortunes: dropping to the surface on limited-time permits, harvesting the planet’s resources to survive and extracting exotics before returning to space. In orbit, exotics unlock advanced tech to take on ever more challenging drops.

Those that get left behind… are lost forever.

SOME FATES ARE WORSE THAN DEATH…

ICARUS is a session-based PvE survival game for up to eight co-op players or solo.

Confront and conquer a brutal PvE world determined to wear you down or tear you apart. From toxic atmosphere to savage wildlife and game-altering weather events, Icarus is a planet with a temper. Preparation and planning are everything. Whether it’s to find a source of oxygen, stalk your next meal or stock supplies for a long journey into the wilderness.

Immerse yourself in a deceptively familiar, yet alien, world. The First Cohort of prospectors has been granted initial mining licenses for over 64 square kilometers of hand-crafted terrain full of hidden corners and resources to mine and diverse biomes to explore. Use the resources around you to survive – every single tree is harvestable, every rock can be voxel mined.

Master two separate tech trees: planet-side and orbital. Use the planet’s resources to craft handmade tools, buildings and machinery to protect yourself and aid your mission. Then return to orbit with your prize – rare exotic materials that you can engineer into advanced tech. As you progress, choose which tech to take on your next drop so you can travel further, gather faster, automate production or survive longer.

Your time on Icarus is limited, so use every second wisely. The orbital space station waits for no one. If you fail to return to your dropship in time, there is no rescue – your character’s progression and tech is lost to planet Icarus. Drop sessions can vary from hours to days long with varied missions and locations. Every drop has a clear goal and time limit, but how you overcome its challenges is up to you.

…HOW CLOSE DARE YOU FLY? 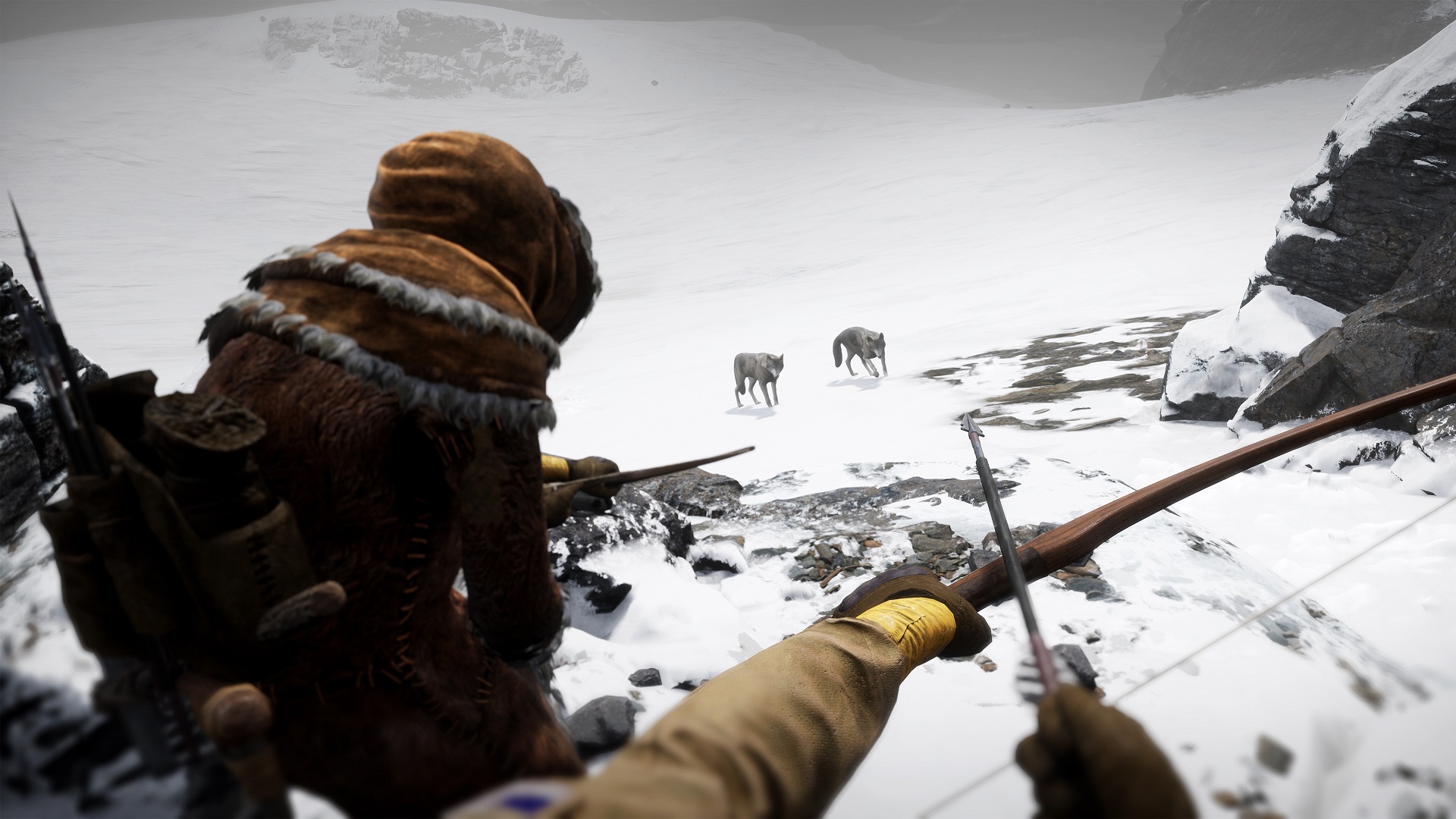 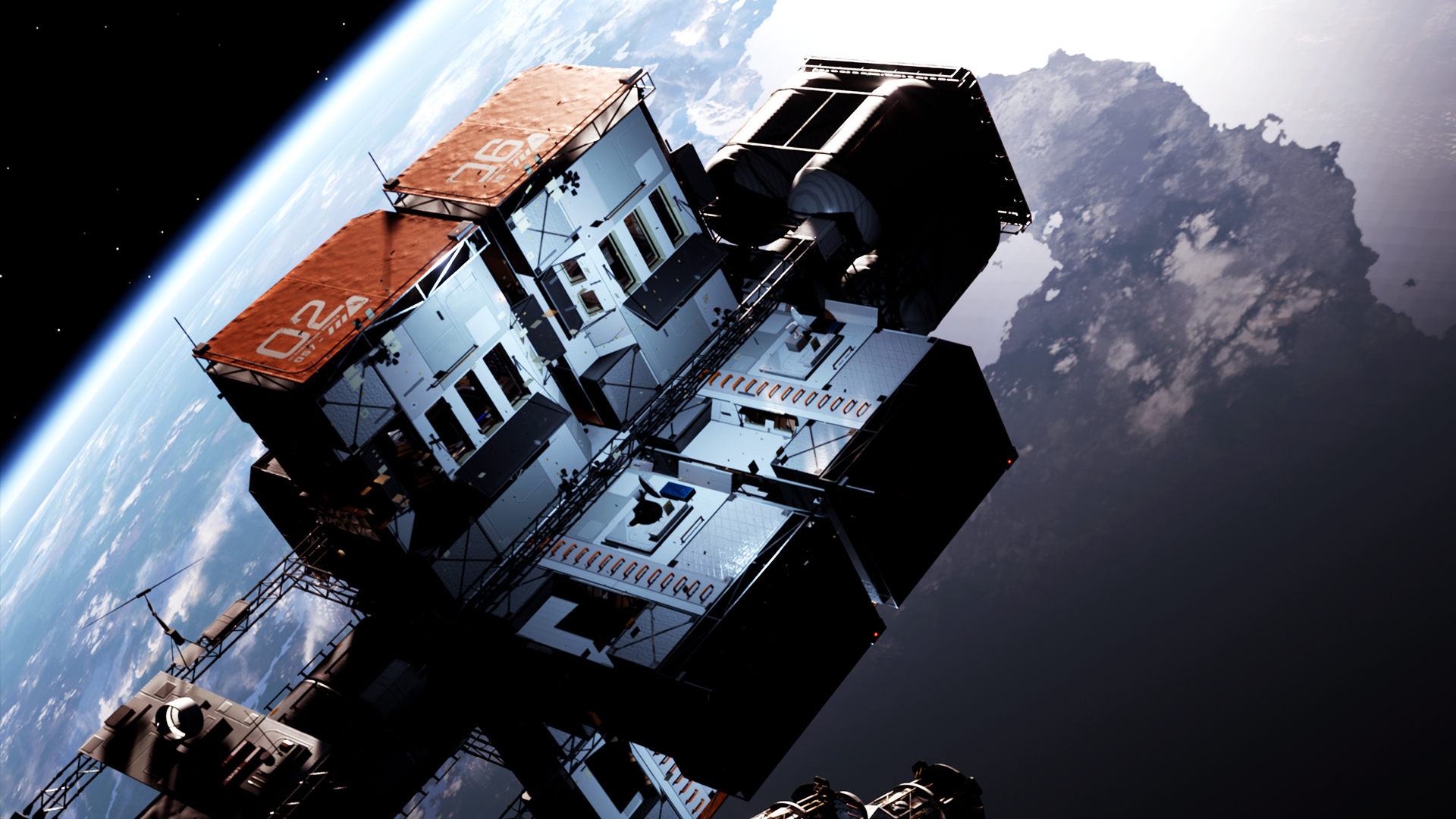 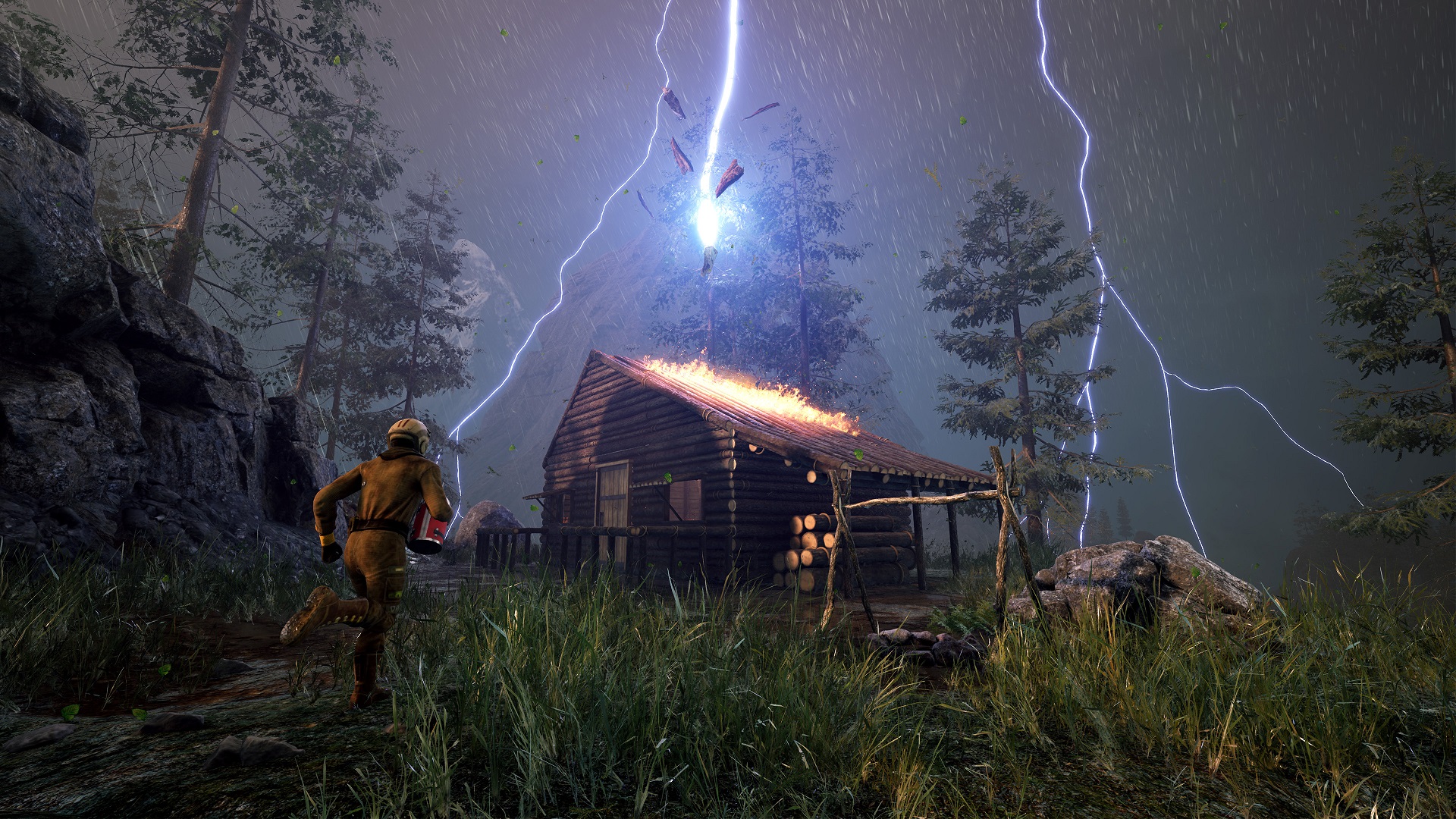 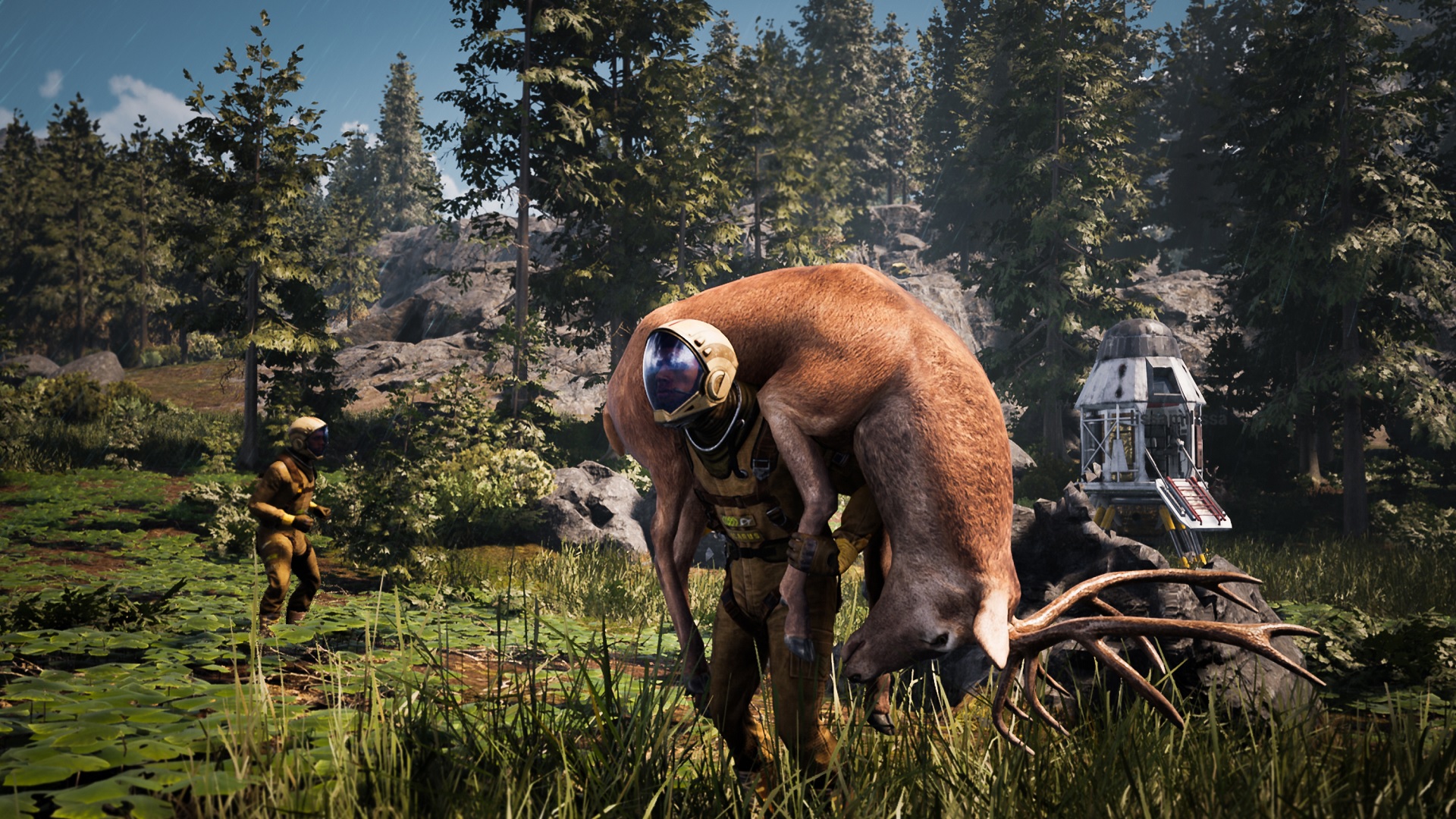 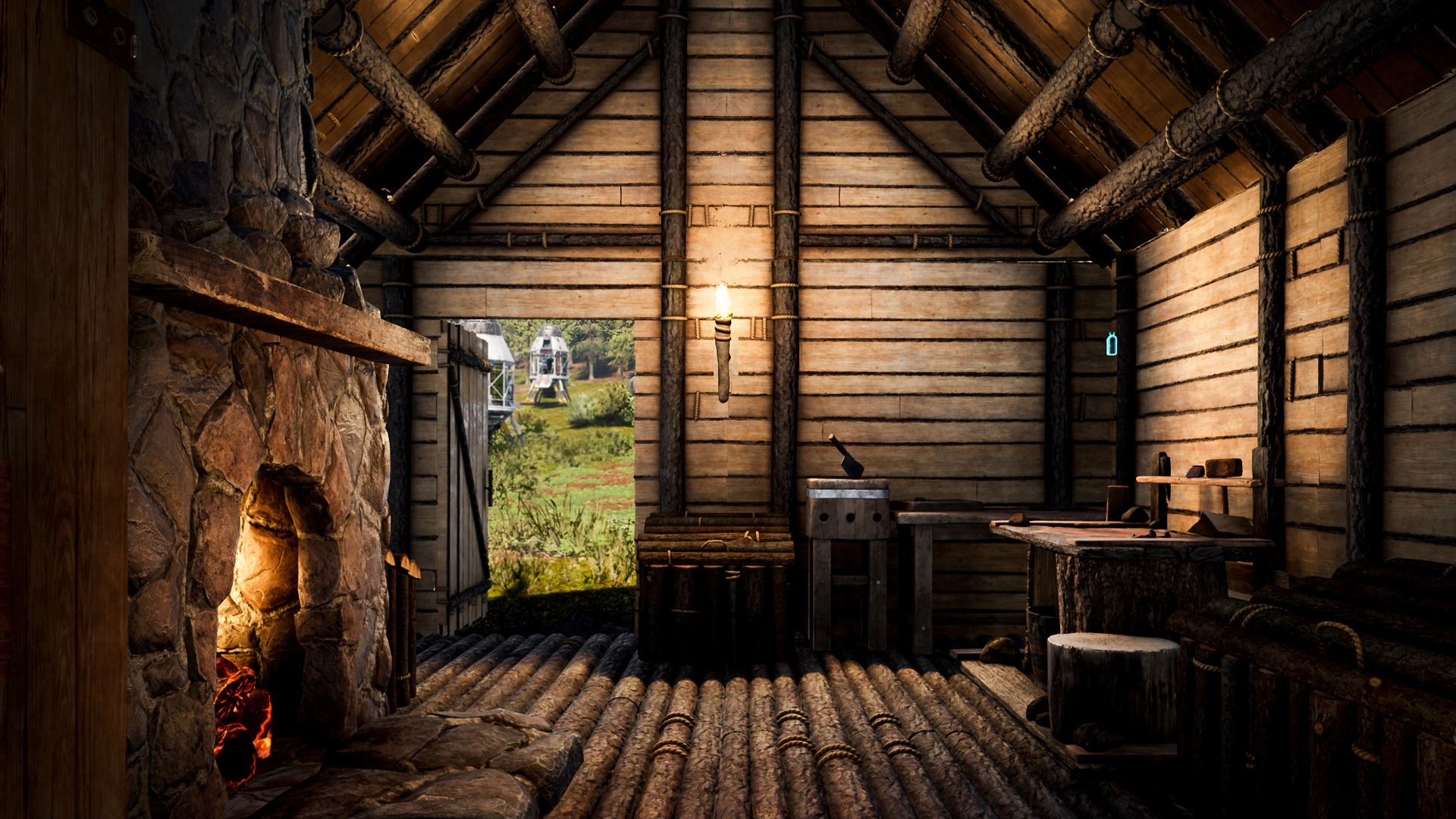 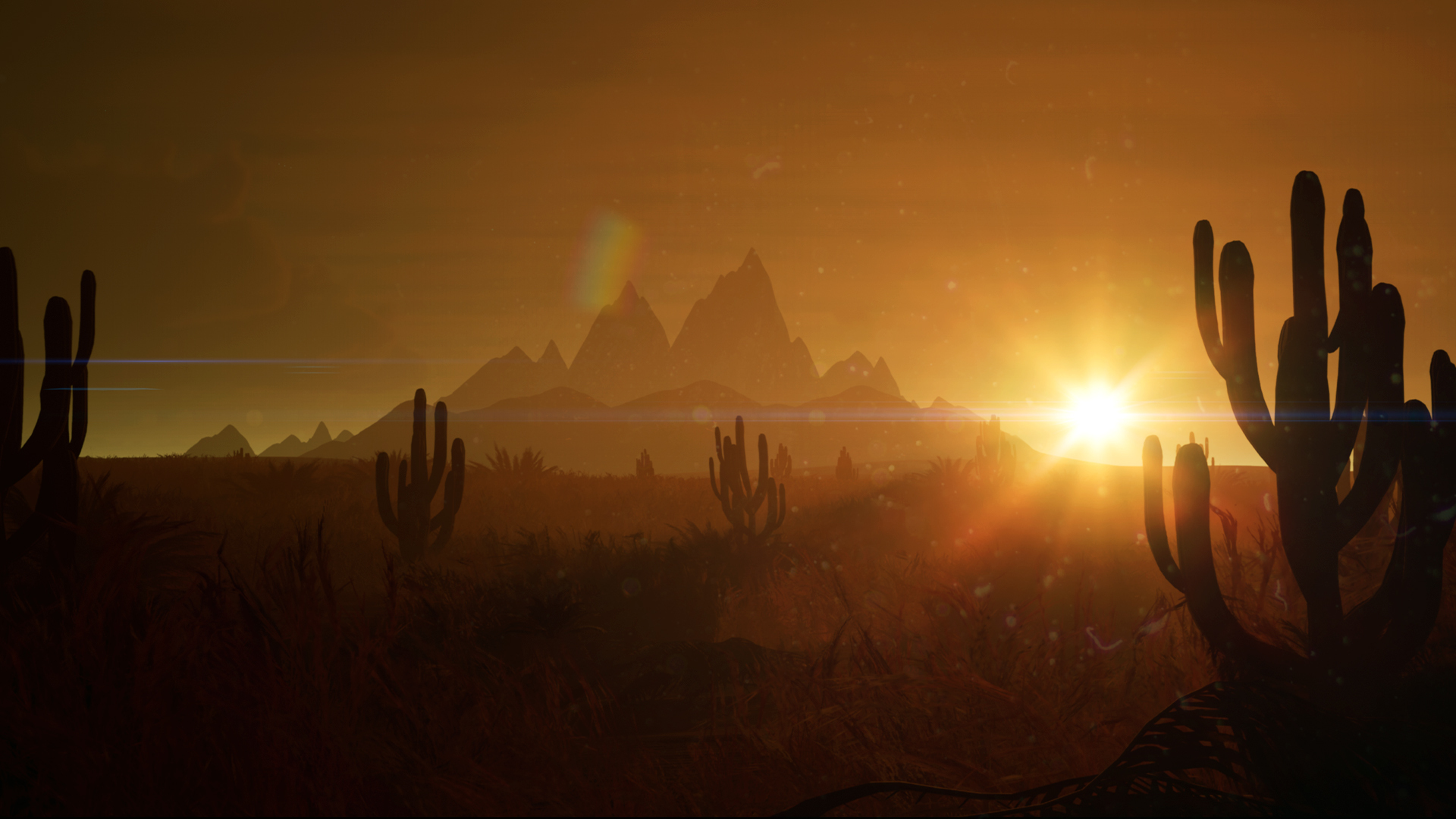 Be The First To Know, Join Us Now.

Here at Rocketwerkz we’ll be constantly updating the game. Subscribe below to get the inside scoop, reserved for only the most dedicated prospectors. 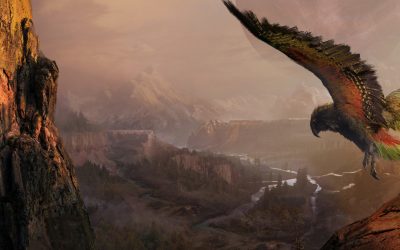 As a thank you to our players and fans, RocketWerkz has made its new DLC Map ‘Styx’ available for free for a limited time. This new 64km² map doubles the size of Icarus' playable area. With it come new missions, new creatures and fresh regions of Icarus to explore.... 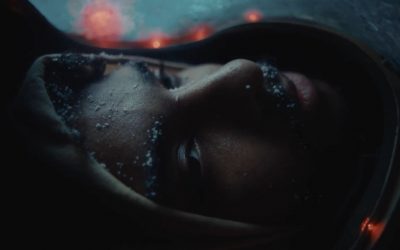 Watch the 20-minute documentary ahead of Icarus’ launch this weekend RocketWerkz has released an epic twenty-minute long documentary-style short film “Icarus: Fatal Sky,” blending live action and game footage to welcome players to the universe of its sci-fi survival... 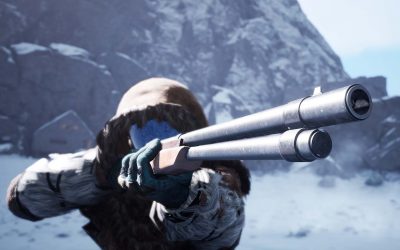 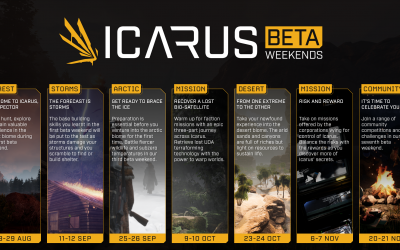 How our Beta Weekends work

Everyone who has pre-ordered Icarus on Steam will gain access to our Beta Weekends, which happen every second weekend. In between these weekends you won't be able to access the game. To play, look for the Icarus Beta app in your Steam Library (this is different to the... 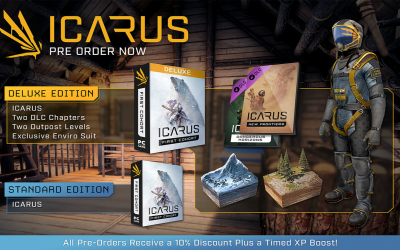 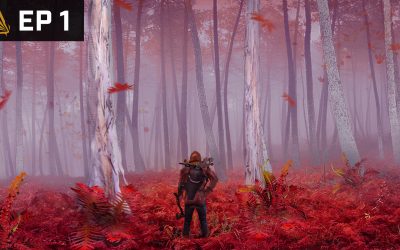 RocketWerkz is opening up development of its upcoming survival game Icarus by publishing Episode 1 in the Making of Icarus series. For the past 18 months a videographer has been embedded in the studio filming early game development, design decisions and team meetings... 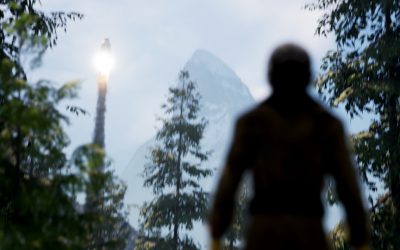 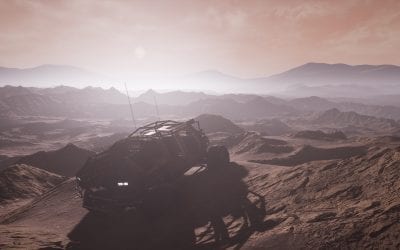 The first chapter of Icarus will follow the fortunes of The First Cohort. As the earliest prospectors to arrive on Icarus, they were granted permits to explore the most Earth-like biomes before expanding into more dangerous zones.