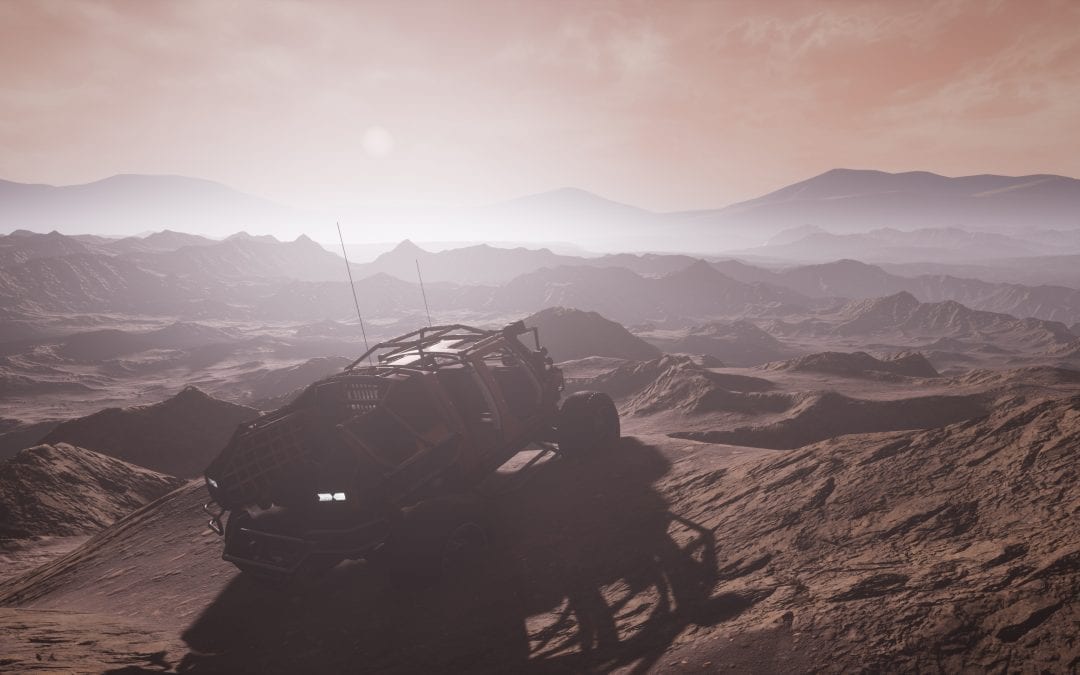 As a prospector in the near future, players drop from orbit into areas called prospects that they can explore in search of valuable meta-resources to mine. Players must balance surviving the harsh environment, crafting resources and shelter, locating resources and trusting other prospectors while not provoking the local wildlife.

However, the orbital station only passes overhead at certain times and players must return to their dropship or be left permanently behind. Back in orbit, the resources players gather can be used to manufacture advanced technology for the next drop.
RocketWerkz founder and CEO Dean Hall wants to build on the lessons from previous survival games.

“As well as making the core survival mechanics compelling, we’re changing up the structure of survival games to capture the thrill of the unknown while still providing persistent progress,” says Hall.

“Initial drops might last for 30 minutes as you get familiar with the planet, but eventually they could span multiple days with a crew of friends working together. The pacing of session-based missions will help put the focus back on a tense core survival experience.”

The teaser trailer, created using Unreal Engine footage from the game, shows the core gameplay loop in action. “We’ve really been enjoying playtesting the game around the studio, but there’s a lot of content for us to add yet.”

No launch date has been set for Icarus but it is expected sometime during 2021. To follow Icarus’ development wishlist it on Steam or watch the teaser trailer at www.SurviveIcarus.com.

“Like the Greek myth of Icarus, who flew too close to the sun, a good survival game is about taking calculated risks and getting away with it or not. That’s the feeling we want to capture in Icarus,” says Hall.